It’s strange how my mind works sometimes. Other than the Cyborg Bunnies Review, there were several other podcasts I considered doing. I haven’t closed the doors on any of them yet, but I’m also happy enough if someone else picks up the gauntlet on one of them. Ultimately, all but one fell victim to the same problem, mainly, much as I loved each idea, I’m unable to specialize. It’s just not in my nature.

I’m a generalist. Jack of all trades, the old saying goes, master of none. I have far too many hobbies, and most of them are a little on the neglected side. I know a little bit about a lot of things, and a lot about a few things. I do passing well at a large number of different activities, I’m particularly good at a few, and I’m always willing to try something else. But I’m not great at any particular skill and my knowledge doesn’t run to serious depths on any particular subject. Strong, but never superb. Good but never great. Broad but never deep.

And I’m okay with that. There’s always something fresh and new to discover.

Since the world is full of people, I can’t be the only one like that. So Days of Geek is a little like me and hopefully other people will find joy in what I’m sharing.

But I almost did a show about watching Star Trek. Sure there are other podcasts about Trek, whatever series or movie you happen to lean towards, but mine would be different because it would be mine. I didn’t completely abandon that; there’s a Star Trek TOS re-watch segment beginning in episode 2.

Classics of Geek Cinema is also a segment, though not every episode, but my original vision of it was more of a round table discussion with a couple of other people involved and picking on one movie at a time. In Days of Geek, we’ll visit a particular year and pick out a small handful of under-appreciated movies for quick overviews and reviews.

One of the things on my bucket list is to learn to say “Hello” in at least fifty languages. The idea here was a short podcast, probably fifteen minutes or less, taking ten of those for a short interview with someone who would then give me a language, letting me (and anyone else who wants to listen) walk away with Hello, Goodbye, Please, and Thank you. If I ever start a second podcast, it’s most likely to be this one, unless someone else gets there first. If someone does, I’ll subscribe early. This one would have the most variety in it, probably, of all my possibilities.

Quest for Canadian Culture sounded neat in my head, not least because, like many Canadians, I really don’t have a clear idea of what I mean when I say Canadian Culture. That was part of the point, to go out and find it. This has some possibility for the future, too, but it might be a bigger thing based on the people on my list I’d like to interview for the show.

There were other thoughts and ideas, but these are the ones that got serious consideration.

Days of Geek won, though, as it comes closer to being who I am. Broad, general, eclectic. There may be more in my future, but that’s where I’m starting. Coming soon. 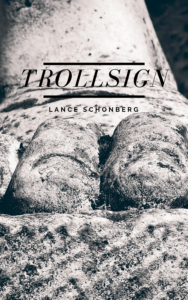