All around me, being careful to never look directly at us, the other subway passengers watched from the corners of their eyes. I found it hard to blame them. An out of breath man with a child on his back runs into the station long past midnight and just in time to catch the train. Not exactly normal even for the late night crowd. People thought questions and accusations so hard they didn’t have speak, but I had a hard time caring. I’d gained a few moments of rest for myself and freedom for Taran, and that was all that really mattered.

And I’d been lucky. I never said no to luck, but would have been a lot happier to be called in from the museum. We’d be sitting in some quiet, guarded location, even a safe house, with backup and high end security systems and all the cartoons Taran could stand. Instead, I was alone, on foot on a subway with an unknown number of Vyrians after me.

No, they weren’t after me. I was just the keeper. They wanted Taran.

Subway logic told me I had two minutes between stops, on average. Every two minutes, I’d come to a decision point. My last safe house wasn’t as close to a subway line as the one we’d left. I’d have to take a cab or walk and neither option filled me with confidence. A better decision might be to stay on the train and head downtown for an expensive hotel room. I’d have to stay up all night, but it wouldn’t be the first time an assignment made that decision for me.

The train finally began to slow and I kept my focus on the doors while making sure my eyes stayed somewhere else. They opened just as the train stopped to let on a short, skinny kid with spiky hair and a neon blue leather jacket. Definitely not Vyrian. The triple tone came again, barely ending before the doors slid shut. In a moment, the train began to move and I let go of the breath I’d been holding. Two more minutes of peace. Two more minutes to think. Two more minutes to worry.

At least, that’s what I thought. Two minutes, on average, but the next stop must have been a little farther, far enough that I had time to start wondering when we’d slow down before I saw him in the next car.

Not the same one who’d come to me in the bookstore, although to my human eyes they looked enough alike to be brothers. He must have gotten on at the last stop and moved car to car. I clenched my jaw and put one hand on the pocket bulge of my stunner. Too well orchestrated. Too well organized. The Vyrians had too many resources available, and I had nothing beyond what I’d stuffed my pockets with.

His eyes found me long before he reached the door to my car, probably long before I’d even noticed him. A steady gaze, and I wanted to read determination and certainty in his expression, but my short experience told me I wouldn’t want to play poker with a group of Vyrians, at least not with my own money.

The train’s rattle got louder for a moment when he yanked the door open. I wondered if any kind of indicator light would show up on the driver’s console and what he’d do about it if it did. Any action he might take from four cars away wouldn’t come soon enough to do me any good.

I put a hand up to stroke Taran’s curls, lightly so he wouldn’t stir. “Sorry buddy. I’m still working on this but it doesn’t look good.” The hiss-thunk of the door seal swallowed the quiet words to everyone but me, I hoped, and I kept my eyes locked on the Vyrian as he approached, listening for another intruder from the other side. Running wouldn’t help me on a moving train, even if he’d actually come alone, which I didn’t believe for a second.

He sat down in the seat opposite me, almost taking up two of them, just as the train began to slow. Apparently, the Vyrians were still in the mood to talk. What would the second offer be? I didn’t see how they could improve on the first from their perspective and I didn’t see them finding something acceptable from mine. The train pulled into the next station and sighed to a halt before he said anything.

“The child is Vyrian, in spite of his skin tone.”

His eyebrows jumped up, a remarkably human expression for me to dwell on at the wrong moment. How much did our two species have in common? “I don’t understand. The child has obviously been cloned from stolen DNA and in secret. Why else would a guard have been set over him? He is Vyrian and should be raised with his people.”

“You’re right, you don’t understand.” I shook my head. One of Taran’s hands flopped onto my neck and I felt his fingers scrunch up and then relax. “I don’t care if Taran is human, Vyrian, Martian, or a giant dust bunny in disguise. This is long past being my assigned protection duty, and I’m not going to take any racist bullshit, or comment on the arrogant Vyrian superiority that’s already starting to piss me off, which is pretty quick considering I just met one of you for the first time yesterday.” I shook me head twice. “I’m not Taran’s father or brother or anything else. Sometimes I get to play the fun uncle, if you have an equivalent, and a lot of the time I’m just around, part of his scenery. If you’re anything like us, the DNA used to clone him was probably left lying around after his progenitor walked through a room. Is he a secret? He was obviously supposed to be. Is he a breach of some agreement? Probably, but that decision was made so far above me that I’ll never know how it came about and it really doesn’t matter anyway. Genetically, he may be Vyrian, but I’ll say it again: I don’t care.”

It’s not often I get to rant. It’s not often I allow myself. Any kind of outward emotional reaction is usually considered bad form in my line of work, at least on duty. There have been exceptions, and I’d made a lot of them with Taran. More in the last thirty or so hours than ever before, now that I thought about it. That should have bothered me. I should have been thinking about how to take down or evade the opponent across the aisle and whoever he’d brought with him. Instead, I was angry, for so many reasons that I couldn’t quite wrap my mind around, and enough that I’d let myself go in a public place, in front of witnesses, to verbally slap an alien commando.

Being angry out loud probably wouldn’t help my situation, but maybe it would keep the smug, ‘we’ve won’ look from this particular Vyrian’s face. “And I’ll even tell you why I don’t care: because I like Taran.”

He opened and closed his mouth several times, then took a deep breath. I heard the chimes again and the door closed. I didn’t remember them opening, or even the train stopping, but no one got onto our car before they slid shut. No one already on it had moved to get off, either. How could they? A real alien, not on TV but on a late night subway and being faced down by a man with a small child on his back. Even I would stop to watch. Taran rolled to one side, the shifting weight making me glad I was sitting down. Maybe not so small.

“This is strange and difficult.”

“Not my problem. I don’t care what agreement he breaks. You’re the ones breaking it right now. You’re the ones making my job a lot harder than it needs to be, so why should I care if it’s difficult for you?” I felt my jaw clenching and relaxed it.

“That is not what I meant. Such agreements are dealt with by someone with more authority than I will ever possess. I am speaking of… biology.” Pale blond eyebrows pressed together. “Have you noticed that being in the child’s proximity engenders feelings of affection and protectiveness?”

I nodded. Two deep breaths brought my temper down a little. I felt stupid enough and didn’t need to display my stress level any more than I already had. What I did need was to drag my mind back on task and consider the question. And it was an odd question, but why shouldn’t I like Taran? He was a good-natured, fun kid. The entire detail liked him, not just his caregivers.

“I am not familiar with human biology, but such a reaction is consistent with Vyrian. Beyond a blood bond, it is engendered by pheromones secreted into the surrounding air, a somewhat inconsistent survival mechanism common to the young but lost before the onset of adolescence. The pheromones are well known to work on other Vyrian life forms. Certain pets traditionally bred to provide security to family units in more primitive times are particularly susceptible to it, but we share a common biological history with those. I am surprised that it translates to humans. Very unexpected.”

Pheromones. He wanted me to believe liking Taran above and beyond my job was nothing more than a biochemical trick, and I found it hard to swallow. Alien chemicals messing with my brain didn’t make sense. Our DNA wasn’t similar enough to share a cold, so I didn’t see how Vyrian pheromones could have any effect on a human, let alone the same effect it might have on a Vyrian. I’d grant not knowing much about human biology, but even if what he’d said was true, it didn’t matter. I liked Taran to begin with and knowing about some little wrinkle of Vyrian biology or chemistry made no difference at all. I didn’t buy it. Couldn’t. More importantly, I didn’t have to.

“I still don’t care. And you should go back to the enclave before this gets messy.”

He Vyrian sighed and shook his head. “Not without the child.” 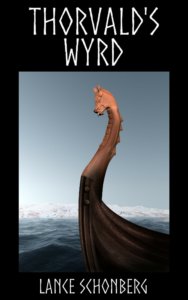