When I was a kid, for a bunch of years, I collected stamps. Lately, I think it’s called. I still have most of the box, having tried twice in adulthood to go back to it, but not since my oldest child was very, very small, and he’s almost 20 now. I used to love it, the detail put into many of them, the old printing processes, the tiny variations that could happen just from some little flick of the machine, things being printed backwards or upside down, stamps from all over the world. I have a couple of boxes full of albums and envelopes. Thousands of stamps. Tens of thousands.

I have a stamp collection, but I don’t collect stamps anymore. I don’t know why, it still seems like it should be interesting to me, but there’s only so much time.

In my mid-20s until my early 30s, I was seriously into backyard astronomy. I had a decent, if not particularly high-end telescope, and I still haven’t actually, and most clear nights would find me in the backyard, even living in downtown Toronto, trying to see everything I could see. There was a surprising amount in the washed out urban sky. They’re probably still is. When, at the end of 2002, we moved to the small town that we currently still live in, I was very much looking forward to darker skies, but the box that contained all of my telescope lenses somehow went missing during the move. I think it was the only thing we lost during the move, although even at the time I couldn’t remember what else it was packed with. Clearly nothing else I missed.

I wanted to replace the lenses, spent the whole first winter shoveling off the cement pad behind the house that was going to be my personal observatory, but money was tight, and I never quite found the couple of hundred bucks to do it. Somehow, it didn’t occur to me to try to scrape together enough for one good lens and go from there.

I still read things about astronomy, online and in books. I still have that telescope. A few years ago, during a super sale, I bought another telescope, this one with some tracking and a battery-operated motor, hoping to maybe interest my children and it, but I never got any of them in the backyard more than twice, and guessed that that ship had sailed. If I’d started trying with them sooner, it might’ve worked. And, at this point in my life, I can only justify so many activities that don’t involve my kids. The ones left home, that is, and those two are in their mid-teens. That’s starting change as they don’t need me right there as much as they did when they were little, but I still haven’t gotten back to the backyard astronomy in any significant way.

Unlike stamp collecting, however, I still have the desire to. That desire just needs the right focus. It needs to ramp up high enough in me to actually pull one of those telescopes out into the backyard and point it at the sky.

There have been other things over the years, but hobbies come and go, and don’t always sticking in your life. Circumstances and conditions change, and your life changes with them.

At one point I might have considered writing a hobby, even if I aspired to become a published author. I’ve long since stopped thinking that way. Even though I’ve had times in the last few years, stretching weeks or even months at a time, when my primary focus has been on other things—always family, but often career to support that family—writing is still there, and I always come back to it. It’s not a hobby, it’s part of who I am.

I could say something similar about karate. With apologies to Funakoshi-sensei, it may not be my way of life, but it’s an integrated part of my life, and does color how I see many other things, affect how I deal of the things. Having put it that way, maybe shouldn’t apologize. Maybe, in a way, it is my way of life. However I might squint at it, karate is certainly not a hobby. It may have started as one, something fun with my oldest child, for a while, and for a longer while my wife, and for a while my oldest daughter. But they’ve all moved on of the things. For them, karate was a hobby. Me, I might be less than a year away from testing for my third degree black belt. Not that I think I know nearly enough yet, but that will be true as I walk into that grading, whenever it happens to be.

But karate and writing are not hobbies anymore. 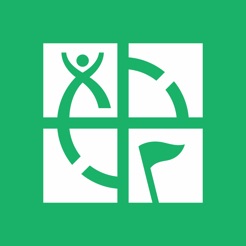 I think the only actual hobby I have left that I can call a hobby is geocaching, which is done sporadically and at varying frequencies with my youngest daughter. Her interest in it seems to be waning this year, but not all at once and she enjoys it when we go out. My wife enjoys sometimes do, and it’s still a very fun activity for me. Not something that’s going away anytime soon.

Actually, geocaching is certainly my only hobby. My only hobby in a life that has been full of hobbies and interesting pursuits, and maybe it’s the third one that will somehow integrate itself in my life, become part of who I am. Feels that way right now. I can manage to not do it for a while, but I miss it.

Somehow though, I feel like everybody should have at least one hobby, one leisure activity that lets them put aside the stresses of regular life for a little while. I don’t think our society has evolved to the level where that’s possible for everyone yet, but perhaps that’s still coming.

If you have a hobby, enjoy it as much as you can. If you don’t, I hope you find one that suits.

In the meantime, be well, everyone.

Social Behaviour In the Time of COVID19