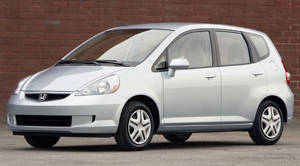 So I keep saying that I would like to get at least two more years out of my car. I still feel like that should be possible, but there are days when I wonder.

Fuel efficiency is not quite as good as it was when I got it in the summer of 2017, surprise, but I’ve had a very little in terms of repair work that wasn’t as result something stupid I did. Sure, it has a few little issues here and there—the driver’s side door doesn’t unlock from the outside, and I can’t open the trunk because the cable inside that releases it has snapped—but my little Honda has more than 382,000 km on it. I’m hoping to get to half a million.

But sometimes, like today, it makes noises that concern me. Not a safety perspective but from a perspective of advancing automotive age. It might only be 11 a half years old, but it does have more than 382,000 km on. I think 300,000 is usually considered good for a well-made car. These days, I only put about 400 a week on. And not even always that much. Once in a while, and more often the winter, I take my wife’s much newer car to work, but most of the time it’s mine, and I do drive it on weekends too, so maybe 400 km a week is still a good average. For my previous job, it was more like 750.

But I can see the time coming where it’s no longer a reliable car and that makes me little sad. My little Honda has done really well, and I would like it to continue doing well, for a couple of years yet. At the current mileage usage, it will take me until early 2024 to tick 500,000. That would be kind of cool. My last car was an Acura and only made 408k.