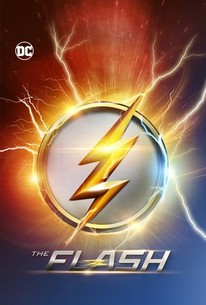 Skimming through Netflix a few nights ago, I paused on one of those “because you watched this thing, you’ll like these other completely unrelated things” categories. Sometimes it actually does recommend things I’d like to watch, particularly in the area of stand up comedy. In this case, however, it had nothing to do with stand up. Netflix wanted me to watch The Flash.

Now you know me, you know I’m sometimes all about superheroes, but you also know that I’m much more of a Marvel guy than DC. Never really read The Flash, although I have a little bit of basic familiarity with the comic mythology involved, and we did watch the 1990s series, but on the DC side of things, I was more about Green Lantern, Justice League once in a while, Aquaman sometimes – hey, I like fish – but the Flashes was never really my thing. Still, I have heard good things, and thought maybe I’d give it a try. It’s attached to the so-called Arrowverse, since Arrow was the first series, but we never got into that when it first started.

Not wanting to spend hours flipping through Netflix to finally watch nothing, I clicked on it and watched the first episode. And it was surprisingly not horrible. Cheesy, silly, and very comic book in almost a classic sense, but not bad. A few days later, I find I’m binge watching it.

Now before anyone gets too excited over the phrasing, binge watching doesn’t mean the same thing to me as it does to most people. I can’t sit down and devour a season of something in a day. The closest I’ve ever come to that was while looking after my sick wife, and sitting (mostly) through half a season of the Big Bang theory in one afternoon. That was very, very difficult for me. I think most normal people consider binging something to be sitting down watching five or six episodes in a row then maybe doing that again the next day as a sort of weekend relaxation exercise. For me, it’s more like sitting down and watching five or six episodes of something in a week. I watched the first half of episode four this morning over breakfast. Having discovered the show three days ago. That’s binge watching for me. Much faster than that, and really, even at that speed, I risk overdosing on something and putting it away for a long, long time. That happened to me this year with the original Battlestar Galactica, which I do want to get back to, because I did loved it as a kid, and last year when I finally sat down here so ago to start watching the Buffy the Vampire Slayer TV series. In the first case, I watched six episodes in a week, and into the break that’s still going on. In the latter case, I did half a season over about two weeks, and took a break that’s still going on. I’m trying to do a watch through of Star Trek: Deep Space Nine, which I had a hard time getting into when it originally aired, because I think I wasn’t in the right frame of mind for its method of story telling; at this point, I’m a few episodes into season two and have been watching it for about three months. A much safer pace.

Long-term, if I do much more than two episodes a week of something on a regular basis, I eventually end up putting it down, sometimes for years.

So, after episode four, I’m going to try to slow down The Flash, after all, there’s theoretically lots of it to enjoy. It’s in season five right now on network television, so, if it stays enjoyable, at the average 22 or 23 episodes per season these days (they’re at episode 100 right now – I checked), I should be able to stretch that out over a couple of years, at least, before getting to what will be the present. And while I’m doing that, I should be able to enjoy several other shows, too, maybe in their complete runs.

There’s plenty of enjoyment available there, and I actually want to enjoy it rather than kill it for myself.

These Are the Voyages…Or Are They?