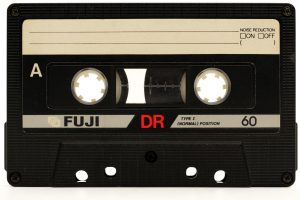 Although, in this case, I mostly mean my brain.

A lot of methods of teaching seem to be to break things down to a very fine level, teach the first piece of it, and then build from there, either piece by piece or layer by layer depending on what it is you’re teaching. And there are a number of different ways of teaching and learning, frequently depending on the methodology that works best for the student and often involving how very senses contribute to the process for that student.

Most big things are made up of little things, but a lot of the time those little things can be complete things on their own.

Considering the primary purpose of me keeping a blog relates to writing, it would seem obvious that I should take a writing tack on this, looking at the various basic skills involved from the basics of grammar up through the elements of style and all of the disparate pieces and nuances of storytelling.

But I don’t teach writing and most of those basic skills are ingrained enough that, whether or not I still consider myself to be learning each one (and I do, a lot, on the storytelling angle), to break things down far enough to make sense to build on and then do the building would likely take a fairly large book to do to my own satisfaction.

Writing a book about writing is not on the near-future menu for me.

From a martial arts perspective (my hobby that means the most to the core of who I am), there are experiments I can run on myself.

I’ve always been a visual and linguistic learner. I learn by seeing or reading things, doing some background mental processing to figure it out, and then doing them to solidify the skill or lesson. The linguistic piece can be audio, but doesn’t need to be; I’m just as comfortable with a book as a lecture.

My experience in the martial arts is that we typically break things down into bite-sized chunks and feed those chunks to you one at a time. But there are bites and there are bites, and bite-sized to one person can be a choking hazard for another or not worth picking their teeth with for a third.

The simplest example of this to express quickly is a kata or form, a prearranged sequence of movements and techniques designed for solo practice. I’m going to leave the description of kata at that – there are plenty of books written and yet to be written for as deep a dive as you want to take.

I think I’ve mentioned before that I’ve recently started on a new martial journey, one of Okinawan kobudo, traditional weapons training. Recently being something like a year ago now. No need to go into the major whys here, just know that it’s fun. I’m looking just ahead into the middle of the coloured belts now; it’s still a couple of years at least before I’m thinking seriously about black.

COVID, however, has brought with it some martial bonuses to go along with the difficulties. We get no in-person classes, no partner work, no contact. But we have virtual classes and a significant part of that is a focus on solo work – basics and kata – at various levels. As our chief instructor wants to be sure we’re all getting something out of the classes, he’s teaching to multiple levels simultaneously and exposing many of us to weapons and kata that we wouldn’t normally get if we were still living in a pre-COVID world. I’ve learned basics and kata beyond what I need between now and shodan. Ultimately, I’m learning it all at the expense of the two-person forms and partner drills I should be learning at this stage, but things will come around eventually.

But I said I was going to conduct experiments. I’ve started the first one.

One of the benefits of all that online instruction is that there’s often available video to reference. So I picked two different kata that are both well beyond where I should be worried about practicing but which I have access to detailed video of my chief instructor breaking down and which are for weapons I already have at least basic familiarity with: bo (staff) and tonfa.

The experiment is to find out how it’s better for me to break things down: a bunch of small pieces or one big piece.

For the tonfa kata, I’m taking a handful of moves at a time, watching the instructional piece until I think I can repeat the sequence without it. Once I can manage the sequence five times in a row without referencing the video, I add it to the rest of the kata I’ve built so far and make sure I can do everything up to the point I’ve just finished learning three times.

For the bo kata, I’m doing the entire instructional video segment for the whole kata, during which sensei builds the kata from the first move finishing with three repetitions of the full kata at increasing speed and power.

I’m doing both of these things every day so I’m learning two kata, one at the beginning of my workout and one at the end, alternating which comes first each day. The net effect, theoretically, is that I’m teaching myself two advanced kata at the same time. The objective is to find out what should be the size of a bite for me. Whichever kata sticks fully in my brain first will at least lead me in the direction I should be learning things in, right?

Well, maybe. Remember, these are both advanced kata, stuff that would normally be considered beyond me at the level I’m at. Probably well beyond me. But things aren’t normal right now. The tonfa kata is ahead. The parts of it I’ve taught myself are sticking well from beginning up to what I learned this morning. The bo kata hasn’t gelled yet, but I have moments where whole sequences just happen, so it’s getting into the brain cells and I wonder if I’ll have a day where it just clicks. I wonder if that will happen before or after I have the pattern memorized for the tonfa kata, which is slightly longer.

That’s actually an important side note: pattern. I’m not learning what all of the movements mean, although I can figure out more than I expected, at least at a basic level, or all of the applications. I’ve got plenty of time for that. Right now, for these two kata, I want to establish the pattern in my head. I’ve got years for the applications.

But it does occur to me that a better test might be two mid-level open-handed kata. That’s been my primary martial wheelhouse for a decade or more now and there are any number of interesting forms that might be fun to try, and a couple that are actually on my list.

Which might be the next experiment, in a similar format to this one. I’ve got a couple of non-martial arts ideas, too.