This one is going to be much shorter. I suddenly have a lot of things I’m trying to work out, which is probably obvious from posts over the past two weeks. This won’t be much more than a bare-bones list of things I actually finished in August, and I’ll note that I made a little progress on the first drafts of a couple of things and have started on a conversion of Draugr Rising into a screen play for an experiment I don’t know if I’ll ever be able to manage. Otherwise, the focus has mostly been on editing, but there’s been a lot of blogging, especially in the latter half of the month.

After not doing a very good job on the publishing side last month, I managed a few things in August.

Publishing schedule for September currently includes two novelettes as well, but I may accelerate the next novel if I wind up having time. That’s in some doubt. Things are happening in a different part of my life and there may be a lot less time than I originally planned for September.

Overall, a good month. Total word count of 40.6k, making it the third best month out of eight so far this year. September will either be comparable or less than half of that, depending on how something works out. It may sound strange, but I’m actually very much hoping for the less than half version because that means something really, really important to me and the rest of my life has become possible to launch right now.

As of right now, in September I hope to:

As always, I have plans beyond September, but I’ll reforecast every month based on reality at the time, and may even have adjusted September by the time this drops.

Evolving Phases of the Indie Plan 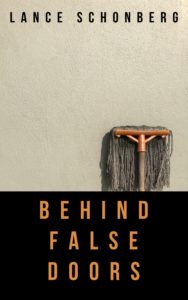